Built primarily with racing in mind, the aluminium-bodied “100S” (for Sebring) model developed 132 bhp (98 kW) at 4700 rpm. Only 50 production cars were made, plus an additional five works development/special test cars hand built by the Donald Healey Motor Company at Warwick. To minimize weight the cast iron cylinder head was replaced by an aluminium one, and the overdrive unit was not installed. Brakes were discs all-round, the world’s first production car to feature them both front and rear. To further lighten the vehicle, bumpers and hood (convertible top) were eliminated, the grille reduced in size, and the windscreen made of plastic. In all, weight was reduced by approximately 200 lb (91 kg). The majority of 100Ss were two-toned white with Lobelia Blue sides. A handful were produced in solid Spruce Green and red, and single one in black.[4]

An unrestored works racing team 1953 Austin-Healey ‘100S’ Special Test Car that had been campaigned by factory drivers Lance Macklin, Gordon Wilkins and Marcel Becquart, sold for a world record £843,000 ($1,323,915) 1 December 2011, at Bonhams’ December Sale. This car was involved in the 1955 Le Mans disaster, motor racing’s most lethal crash—in which 84 people died and 120 were injured.

The story of Donald Healey and his motor company, which was founded in the English Midlands town of Warwick immediately following World War II, is well-known. It was an era when a small group of dedicated and talented people could create great automobiles, and Healey’s tiny company did just that, even during an era of post-war shortages and an economy still struggling to recover.

In 1952, Healey had struck a deal with Austin for them to assemble his “Healey Hundred” in far greater quantity than his tiny Warwick-based company ever could have. As part of that arrangement, Healey continued development of the car and embarked upon a competition and record-setting program to garner publicity to boost sales. The key element of that effort was the development and creation of the 100S, a car conceived not to make a profit but rather to advance the marque’s sporting image by its appearance on race tracks around the world.

The 100S was developed throughout 1953 and 1954, and what emerged was a car that looked very similar to the standard 100 but was, in fact, built by hand at the Healey Works in Warwick, where scores of improvements and modifications were incorporated to make it more competitive in racing. As with any race car, weight was always a principal concern, and to lighten the 100S, an all-alloy body was used, along with an alloy substructure. To further contribute to weight savings, the standard car’s bumpers were shed, as was the large glass windscreen and the “weather equipment,” which included the top and side curtains. The result was a curb weight of just 1,876 pounds. The 100S was a purpose-built racing car from the beginning.

The engine was also highly modified, resulting in a power increase from 90 to 132 brake horsepower. This was achieved by dozens of modifications, with the most apparent being a specially designed aluminum Weslake cylinder head that required the intake and exhaust manifolds to be on opposite sides from those of the production cars. Although ostensibly still an “Austin” engine, they were actually built at the Morris engine plant in Coventry.

Among other notable features of the 100S are the brakes. Dunlop hydraulic disc brakes at all four corners were cutting edge in the mid-1950s. The early Dunlop systems used a Plessey mechanical pump to energize the braking system. However, with advances in disc brake design, the pump was believed to be unnecessary, and Healey and Dunlop installed a new design in the Cooper 100S chassis. Through trial and error, the final set-up was determined and used on the subsequent 100S Healeys. 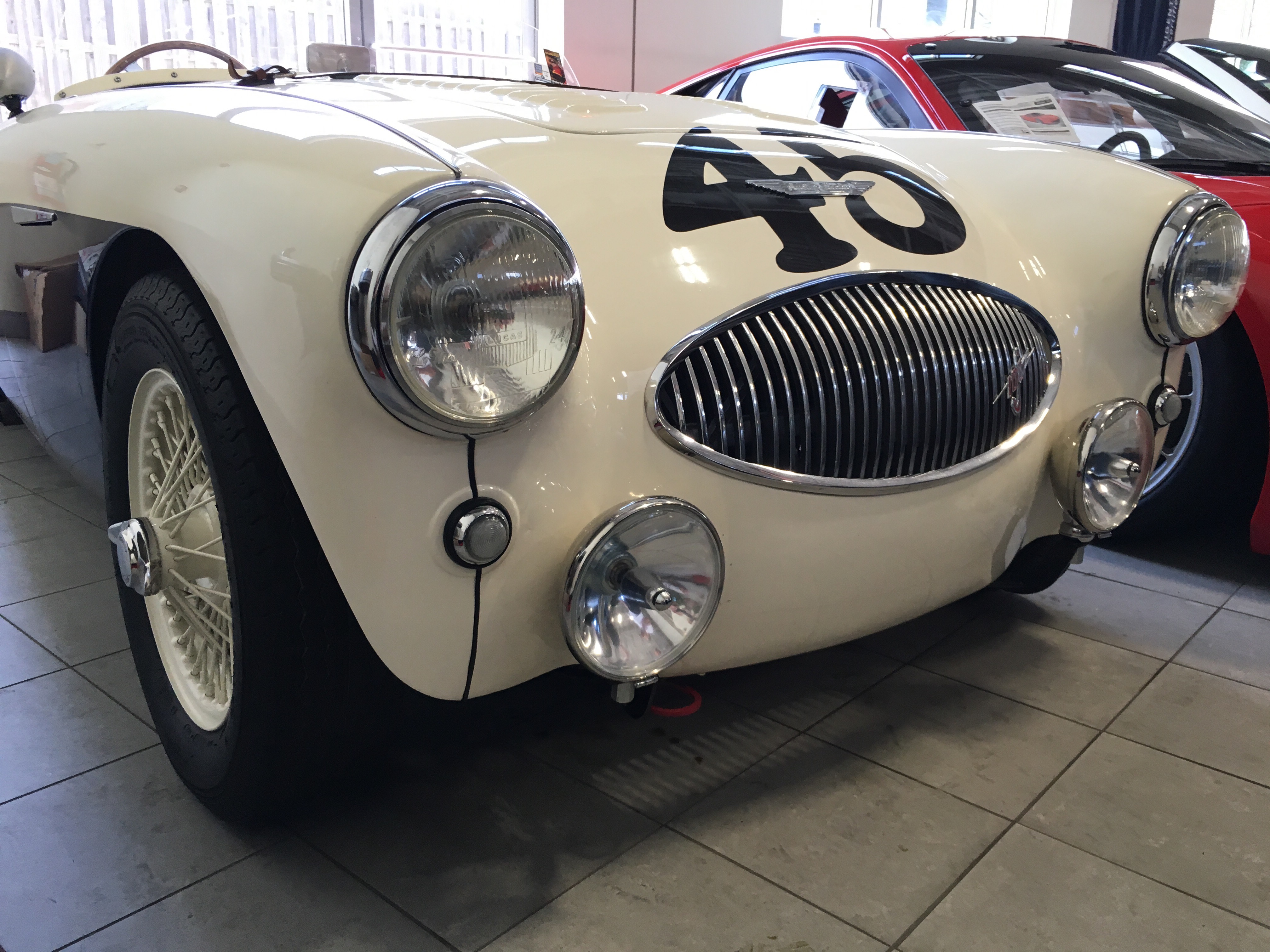 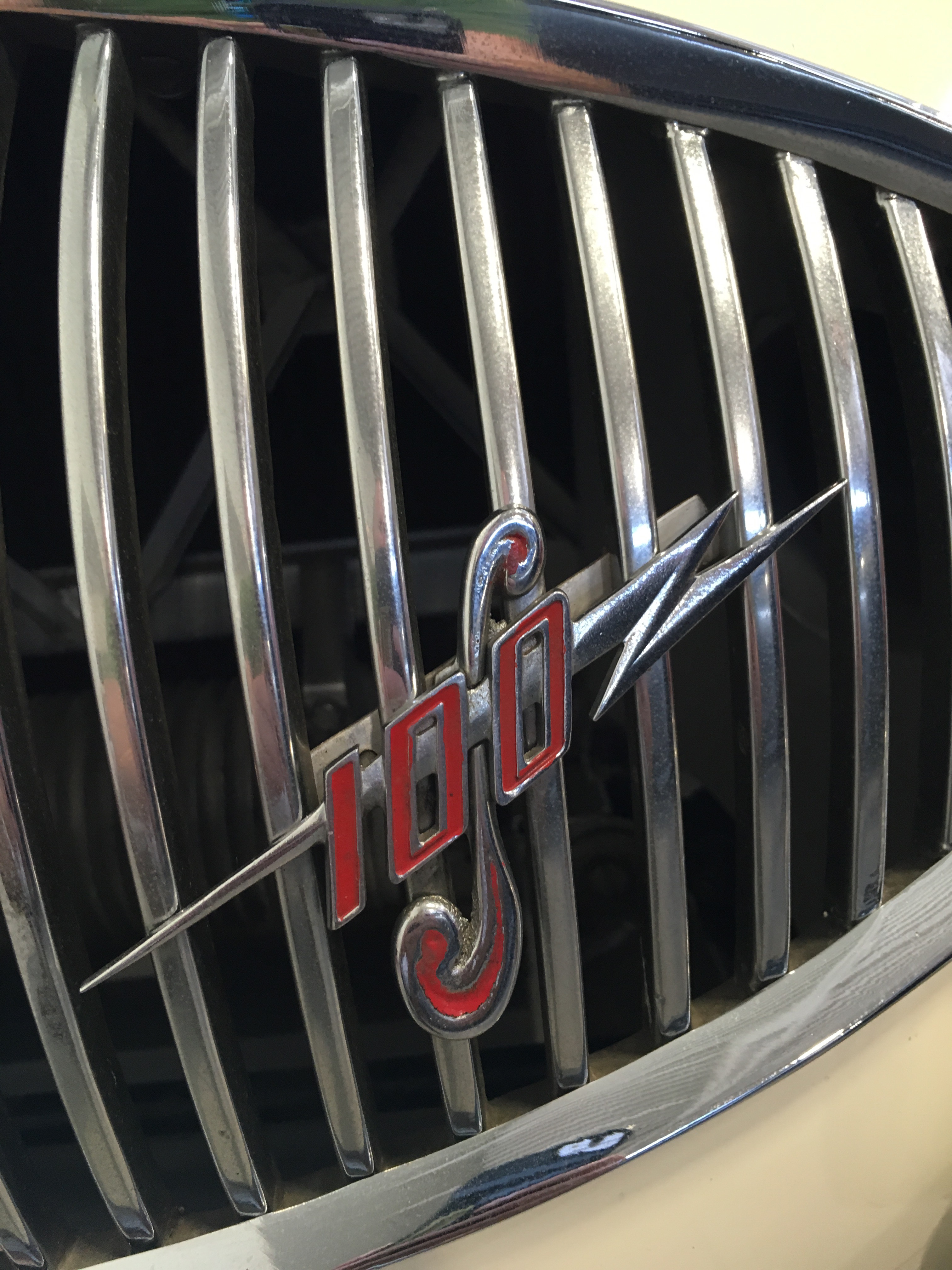 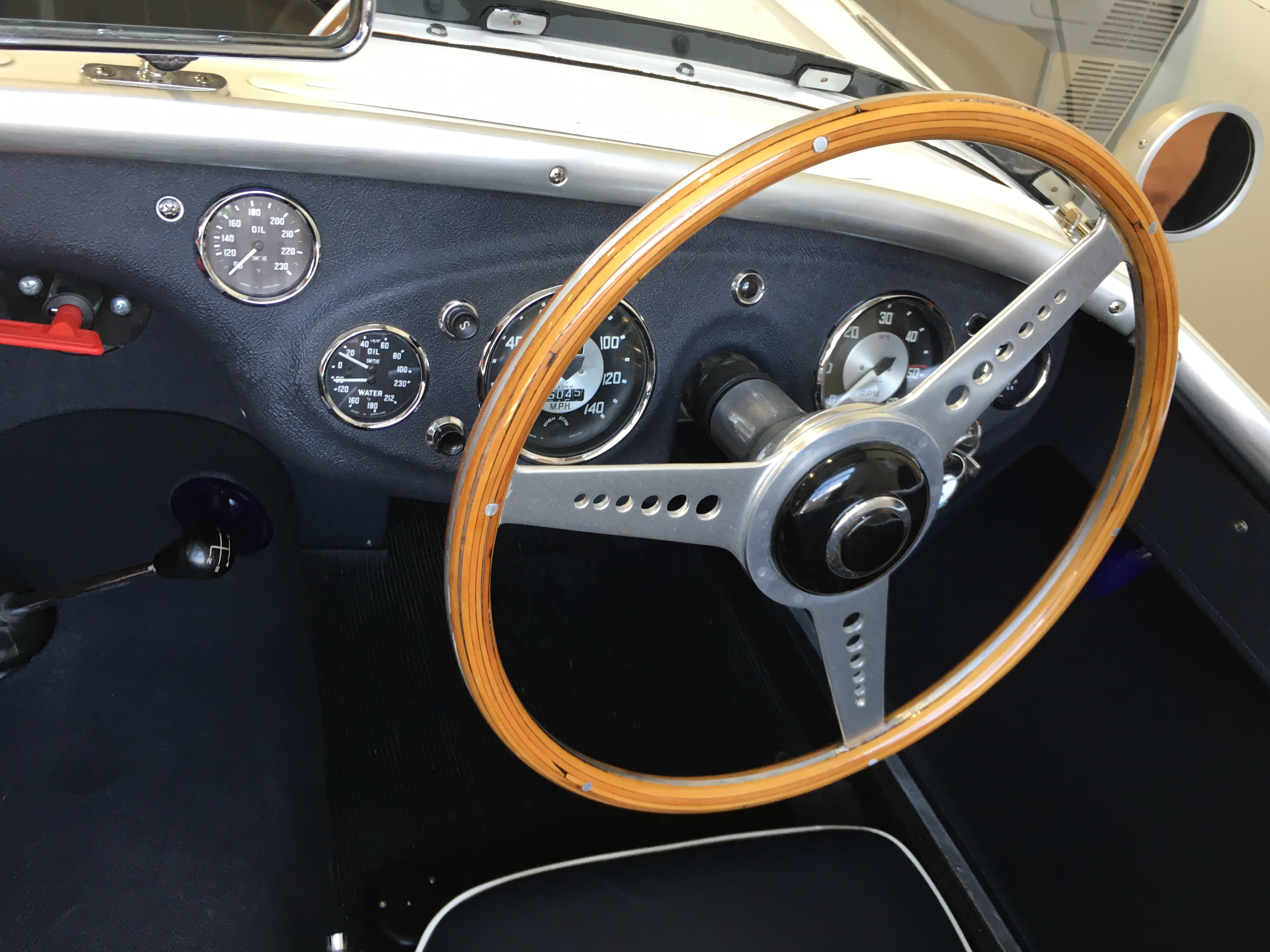 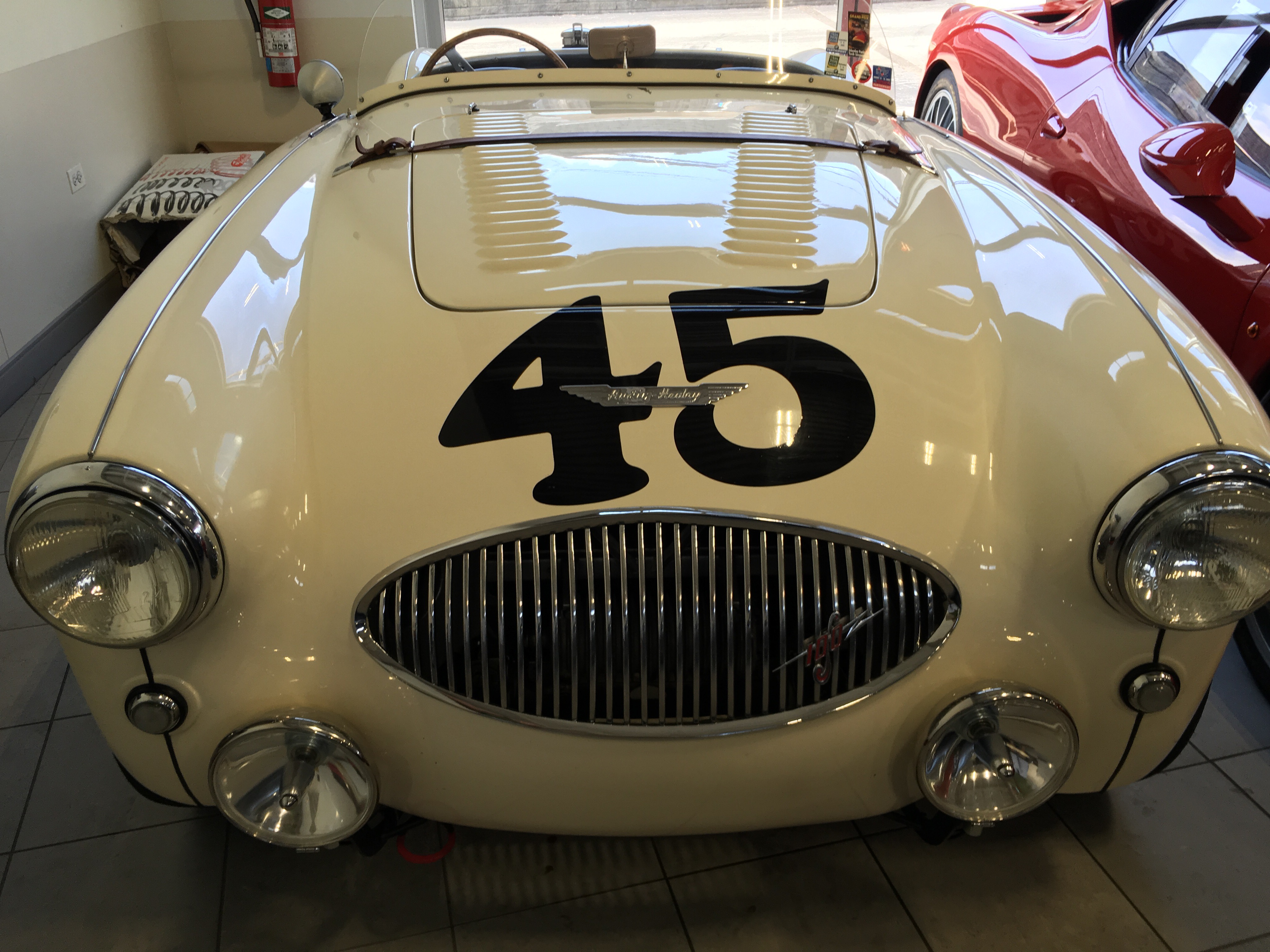 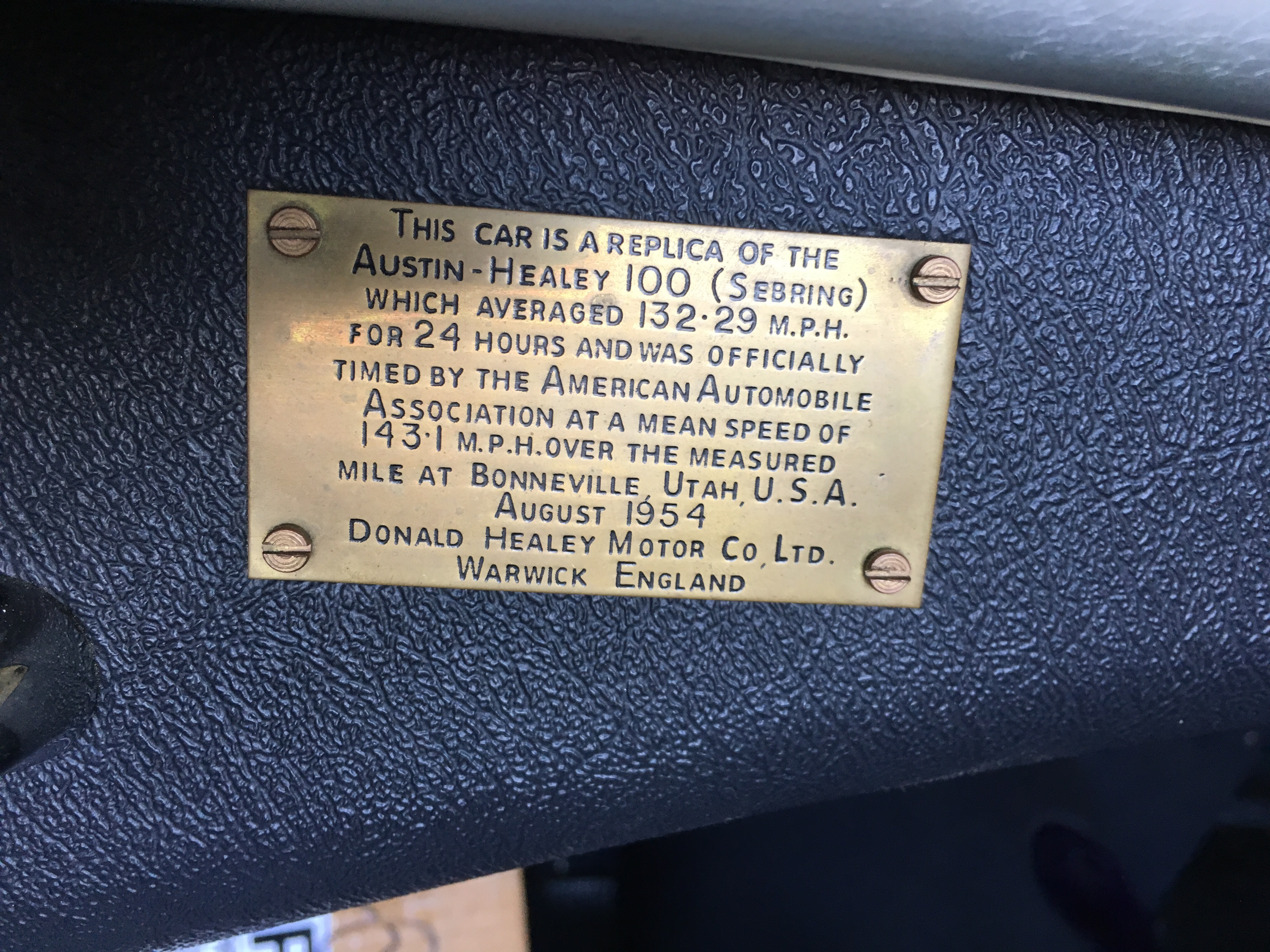 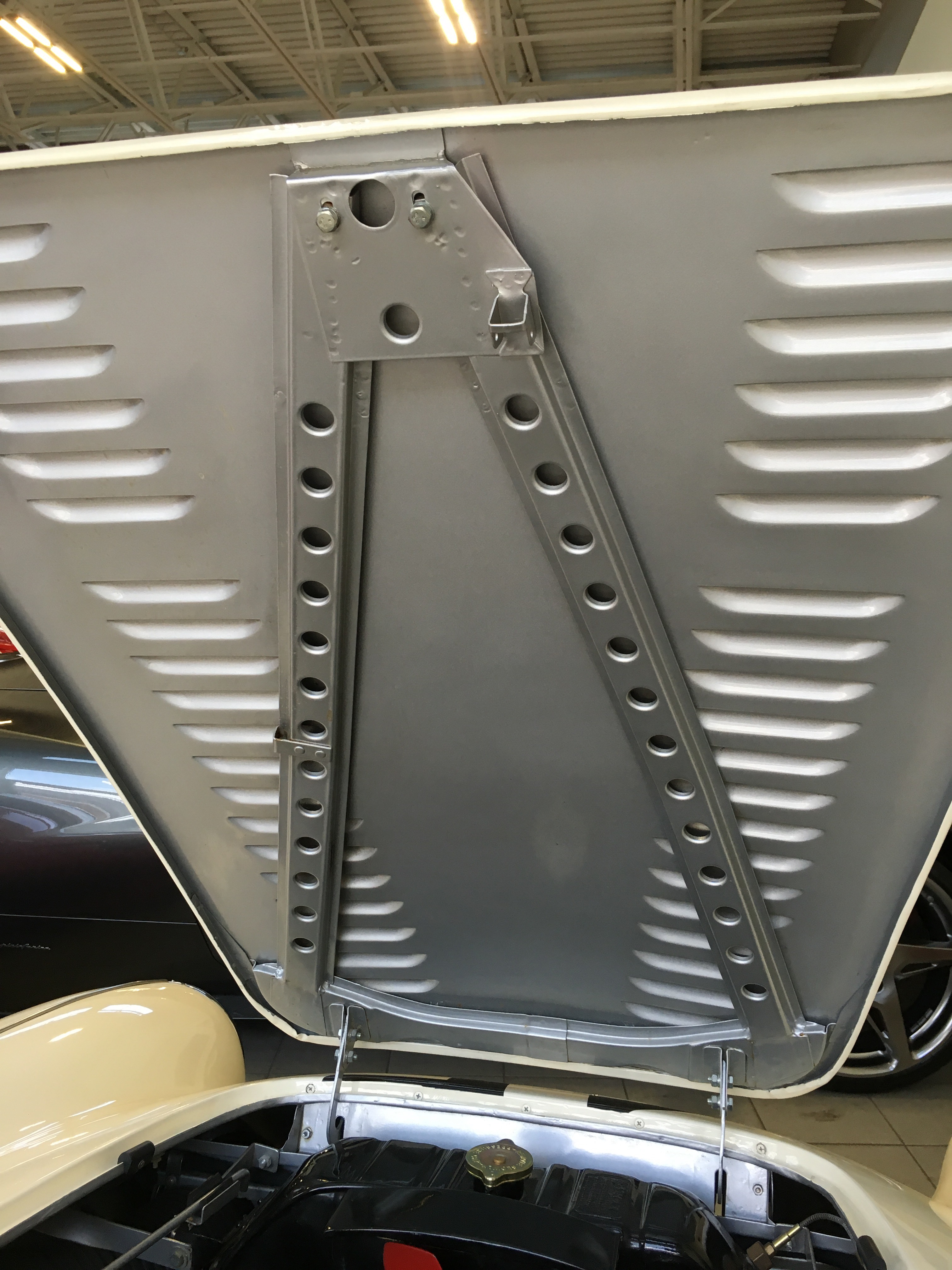 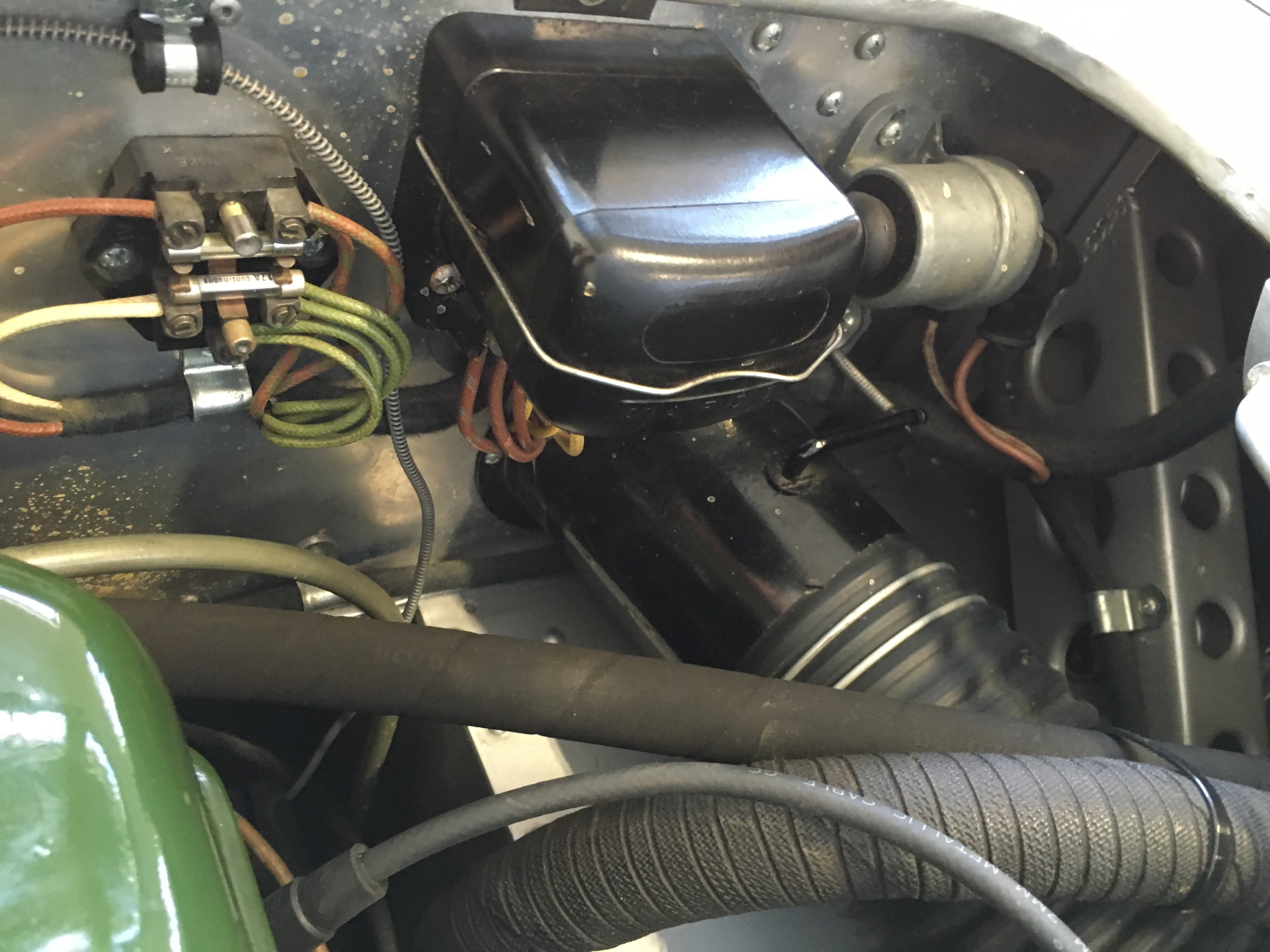 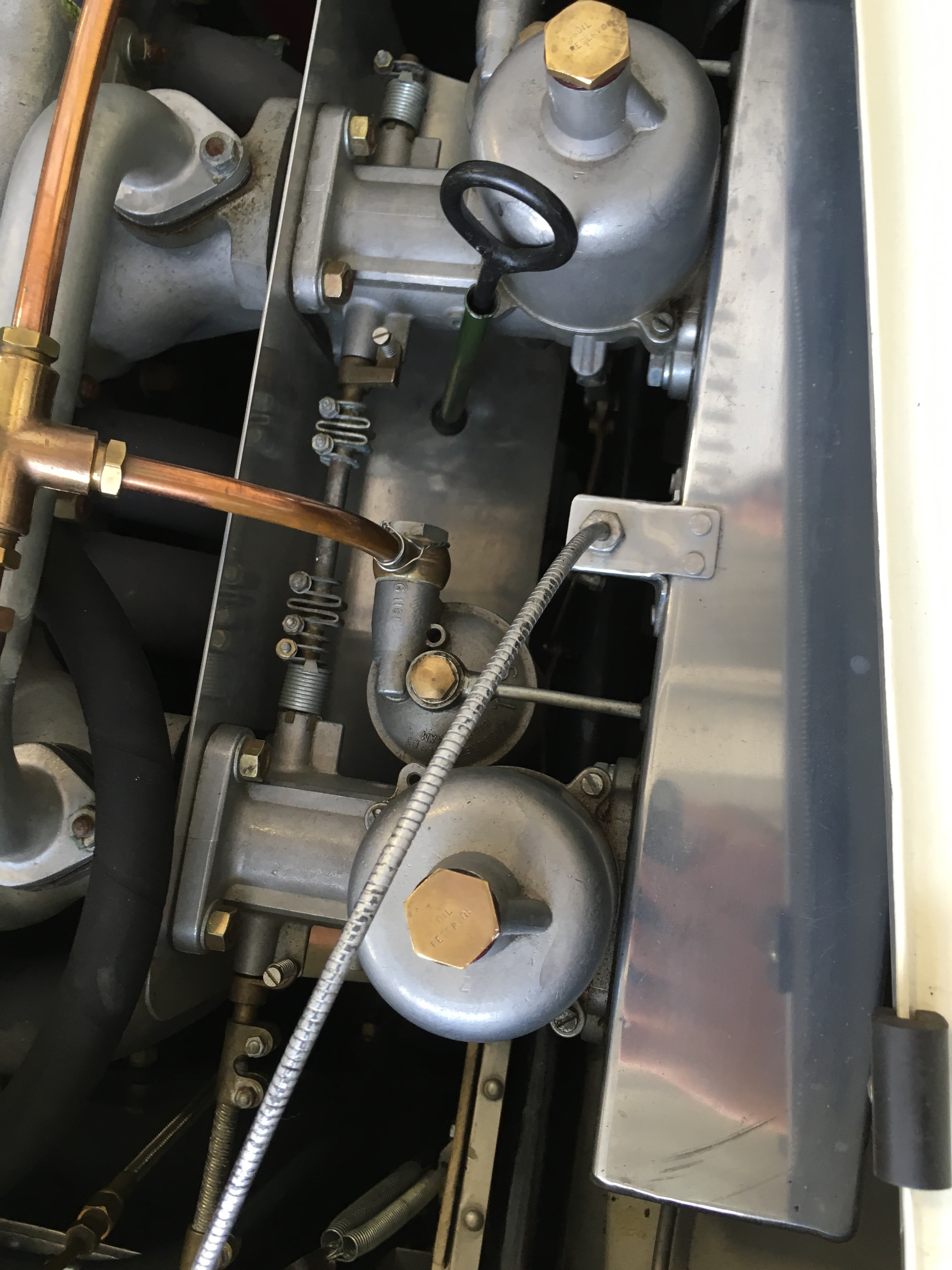 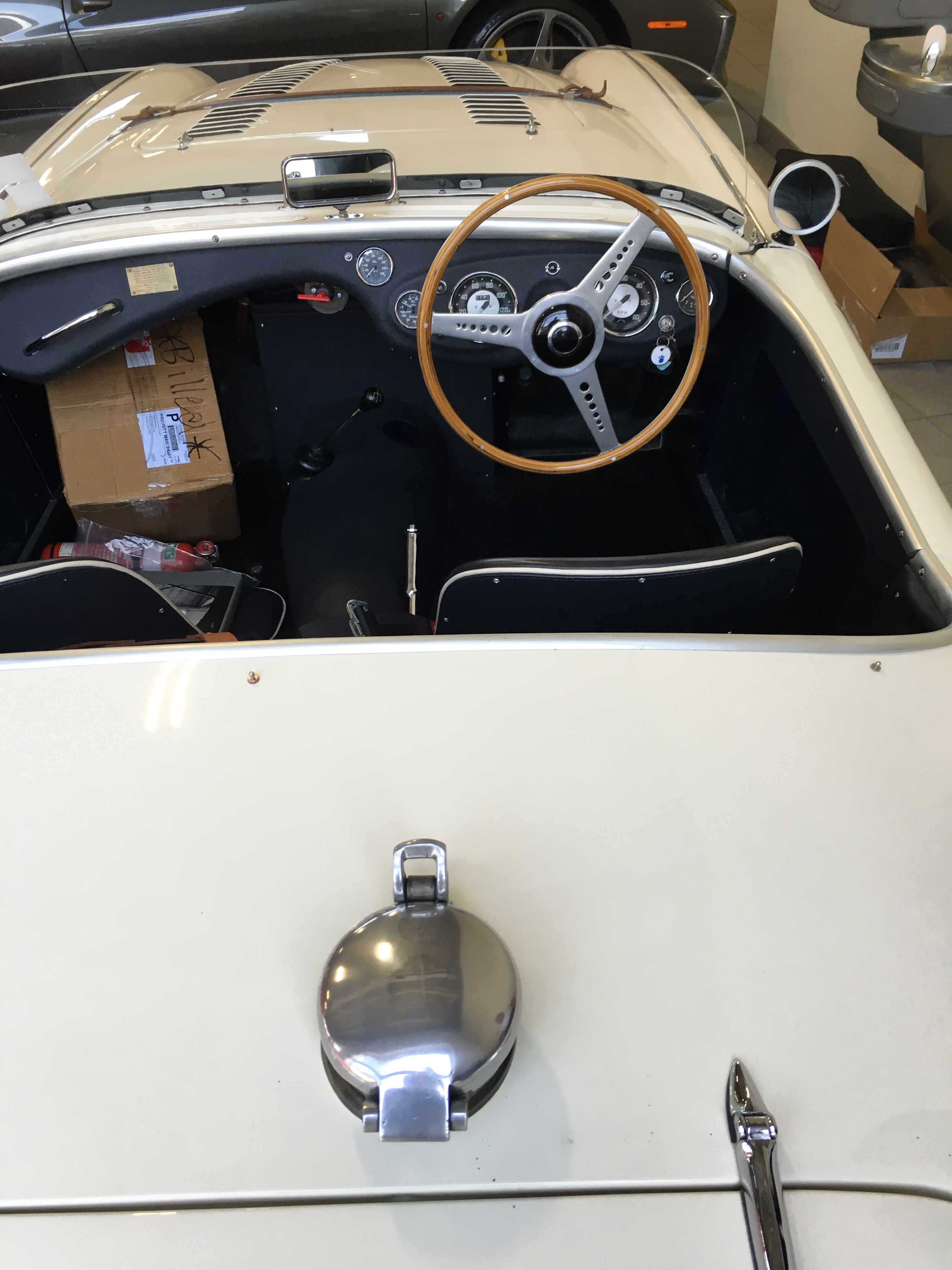 Ferrari 458 spider on Road America all out
Any guesses?